Welcome to Latinus World Curiosities, where we will share facts such as famous people, traditions, customs, beliefs, animals, events or situations of interest to all the inhabitants of the world. 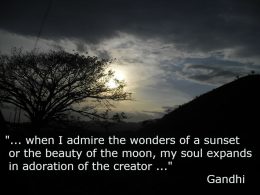 Just as there are many places, objects and curious beings in the world, there have also been great characters throughout the world who, in their journey through the land, left indelible traces, which they illuminate paths full of wisdom. We will leave some phrases for the life of one of them, Mahatma Gandhi, who was born in the year 1869 and died tragically in 1948, transcended in the history of humanity, by his thought, his word and his action. We hope that the following phrases from Gandhi can inspire you for your life, your projects and your business:

“… no difficulty can bring down those who have faith in their mission ..”

“… each has to find inner peace, and peace to be real should not be affected by external circumstances …”

“… the infinite effort to be the best is the duty of man, it is his own reward, everything else is in the hands of God …”

“… happiness is when what you think, what you say, and what you do are in harmony…”

“…the best way to find yourself, it is to lose yourself in the service of others…”

“… the purpose of life is to live properly, to think correctly, and to act correctly. The soul must languish when we give all our thoughts to the body …”

“… it is the quality of our work that will please God, not quantity …”

Who was Mahatma Gandhi?

He was from a wealthy family, studied law at University College London…. He started as an activist in South Africa, not in India. He married at the age of 13 and was killed by an Indian partner at 79 years old. 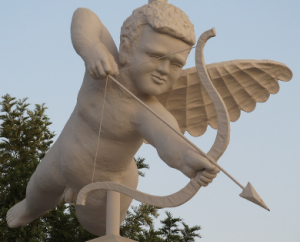 Who was Cupid ?. According to Roman mythology, he was the son of Venus and its Greek equivalent would be Eros, son of Aphrodite. Many legends are mentioned about this mythology person, some considered him a capricious god, who entertained himself by pointing men and women with his arrows, to satisfy his perverse needs for fun, and liked to control people by mastering their basic passions and instincts and even sexual.

On the other hand, who was Valentine?. He was a priest of the Roman third century, who defied the prohibitions of the emperor Claudius II, in relation to the consummation of marriages between young people. It was secretly engaged in marriages, causing a great stir in the capital of the empire, which unfortunately caused its execution by order of the emperor, February 14, 270.

Now, how did they relate ?. Certainly there is no verifiable information about how they came to relate until they become the main protagonists of the month of love, there are only two elements that could unite them in that purpose, on the one hand the fact that Saint Valentin, became a hero who was sacrificed for putting his love into practice the month of February.

Whereas, Cupid symbolized for the Romans the god of the carnal desire and its celebration in the old Rome was denominated Lupercalia. The festival of Lupercalia was celebrated in honor of the god Lupercus, whom the Romans commonly venerated as the guardian of the herds and god of the fertility, who granted sexual license throughout the month of February.

However, nothing in the history establishes a relation between these two personages, until from 1840, in the United States, Esther Howland, design and commercialize the first postcards of Valentine, it is possible to emphasize that in their designs they alternated hearts with figures of Cupid, thus giving beginning to the commercialization of the day of the lovers, with these two figures as central character.