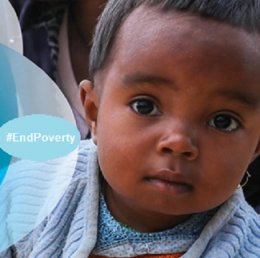 By latinus team, Apr 2017.- The World Bank has taken a big global challenge to help the world’s poorest people and ensure that everyone sees benefits from economic growth. Data and research help them understand these challenges and set priorities, share knowledge of what works, and measure progress...its theme..."together we can build momentum to #EndPoverty and promote prosperity for all".Would you want to get involved in its campaigns, events, and social media challenges in the coming months? Join others who also believe that #ItsPossible to end poverty, if we all work together.

Note: this is a free contribution of the latinus team in our desire to save the planet ... under the motto: "Save the planet saving a kid by #EndPoverty" 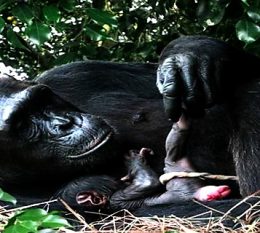 By latinus team, Jan 2017.- There are two species of chimpanzees in the world, called the common chimpanzee (Pan troglodytes) and the pygmy chimpanzee known as Bonobo (Pan paniscus), both are in danger of extinction. these species have behaviors that associate them in many ways with humans, and both share more than 98 percent of their genes with our species. The main threats that have led to its progressive disappearance are, among other things, the diseases, in fact the Ebola caused the death of tens of thousands of these beings, and on the other hand, illegal hunting, poaching, the increasing proximity of urban centers, has brought as a consequence the killing of chimpanzees to eat their meat, to market their skin, and even small ones are sold as pets. According to the World Wildlife Fund, chimpanzees have disappeared from many countries of Africa and the population is estimated in something more than 300,000 animals. More information on World wildlife organization. 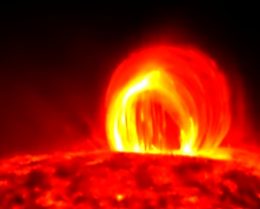 By latinus team. Jan 2017.- Since the end of 2016, it has been talking about the possibility of a great solar storm that would affect our planet in the first months of 2017. But, what is a solar storm?. How would it affect humans?. What should we do if it occurs?. Solar storms are violent eruptions that occur on or near the surface of the sun, which are associated with sunspots. It is a common phenomenon that rarely has relevant effects. Solar energy particles are ions and electrons ejected from the sun as a result of these eruptions. Some of the most intense solar storms known to have occurred in 1859 and it was said to cause serious damage to the existing communication systems for that time, the telegraph, both in the United States and in Europe, in addition of observing luminous auroras in the sky especially in the Caribbean sea and the south of Florida. USA. With the great advances of our satellite system,  it is predicted that the electromagnetic effects of the solar storm could cause major disruptions of our planetary system, but more of it seems that humans should not be worried. Image from NASA publications.

By latinus team, Feb,2017.- Nine seven percent of studies on global warming published in recent years point to man as the great culprit. However, in countries that manage very advanced information technology like England, more than 25% still doubt the serious consequences that global warming can bring to the world. Now, colloquially speaking, which means global warming?. A word “gases”, that is so simple, we all participate in a kind of contest to see who emits as many gases as possible, industries the first, but also the common citizen not only when we use a pesticide, but also, when we celebrate a barbecue, burns a meadow , mobilizes our vehicle daily, every gram of gas we emit, goes straight to the top of our atmosphere, becoming a large sponge, which absorbs and retains more heat than living beings on planet earth need and causing the continued melting of our polar reserves that are responsible for maintaining the thermal equilibrium on the planet ... What to do?. This seems obvious, every human being knows what he must do to face this situation. It is time to start. Image from National Geographic publications

Here you can sharing with us one special case of S.O.S planet...

Go and learn how