Visit U.S.A.latinus2018-04-11T20:34:25-05:00
United States of America, a nation whose history as a nation goes back more than five centuries, when a handful of British immigrants first reached their coasts in the seventeenth century, initially being constituted as a British colony until July 4, 1776, the date on which the independence of the United States of America was declared, after several years of struggle in 1787 its first constitution was drawn up, which was inspired by the sacred principles of equality and freedom. 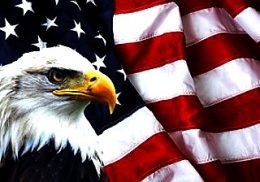 Among its main symbols are: its motto, “in God we trust”, was approved by the national Congress in 1956, and as such is engraved on all its stamps and coins. Its flag, made up of thirteen red and white bars, alternately, in the upper left corner stand out 50 white five-pointed stars on a blue field, studies on the flag indicate that the meaning of their colors is the following: “white means purity and innocence. Red, resistance and value. Blue, the color of the command. The star is a symbol of the heavens and the divine goal to which man always aspires”.  Likewise, another significant symbol of the nation is the “bald eagle”, institutionalized like the national bird. Its image forms part of important symbols of the country as they are the coat of arms and the great seal of the nation.

This page has as main mission to show places and curiosities that for their beauty and magnificence, are not only of interest for the citizens of this great nation but also for people from all over the world.

With 54 meters of waterfall, Niagara Falls is one of the most amazing natural phenomena in the world, not only for its beauty but also for the bravery of its waters, its magnificence and power. Discovered in 1678 during an expedition by the  French priest, Father Louis Hennepin, its history goes back more than 12,000 years, in a geological process originated by the strong currents, of the river Niagara, over the edge of the Niagara Escarpment–a steep slope that runs east/west from New York through Ontario, Michigan, Wisconsin and Illinois, becoming this fall in a binational phenomenon, given its location exactly on the border of the United States of America and Canada very close to the city of Ontario.

There are many adventures that you can enjoy when visiting the Niagara Fall state park, Adventure Theatre, Aquarium,Cave of the Winds, Discovery Center & Hiking Trails among other, so it is best to purchase The Niagara Falls USA Discovery Pass,  for this season, will be valid from May 20, 2017 until October 22, 2017. Nevertheless,  the park is open 365 days a year, the opening of its attractions is based on ice conditions in the Niagara River.  However, individual tickets to attractions may still be available before and after the Pass is valid.

Prices for 2017, Adult (12 years old +) : $ 45, Child (6-12 years old) :$ 34,  Niagara Falls offers FREE admission to all Park attractions to children 5 and under. Important, a transaction fee must be paid for Discovery Pass online orders. Discovery Passes and individual tickets are available for purchase at the entrance of the Park at no additional cost. More information on Niagara Fall State Park. 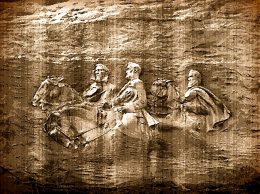 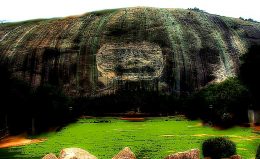 Talking about volcanoes in Hawaii, it introduces us into a long historical cycle of hundreds of thousands of years of volcanic activity that immersed this particular geographic space into a sinuous evolutionary process of migration and progressive changes, injecting virgin earth from the depths of the earth to the sea, building a complex and unique ecosystem, where everything is different, its colors, its dimensions, its forms and even, its people, its culture, and its different way of thinking than the rest of human beings.

This large ecosystem, with more than 1348 km² of land, is known as
The Hawaii Volcanoes National Park, established in 1916 on the island of Hawaii, shows diverse topographical features ranging from sea level to the top of the largest volcano on the face of the earth,the Mauna Loa of 4170 Meters in height, also in its territory is located Kīlauea, one of the most active volcanoes in the world.

Kīlauea and his caldera Halema’uma’u were traditionally considered the sacred home of “Pele”, and the Hawaiian natives visited the crater to give offerings to the goddess. According to Wikipedia, the first Westerner who visited the place, William Ellis and the American Asa Thurston, found Kilauea in 1823. In recognition of its important natural value, the Hawaii Volcanoes National Park has been declared a Biosphere Reserve and World Heritage Site.

The National Park of Hawaii Volcanoes, is open 365 days a year and offers several alternatives to visit, at relatively cheap costs, one way is a car ride, $ 10 per vehicle valid for 7 days, recommend two routes: First, explore the top of the Kilauea volcano via Crater Rim Drive, an 11-mile (18 km) road that circles the top of the caldera, passes through the desert, sumptuous rainforest, traverses the bottom of the caldera and offers access to well marked scenic stops and short walks. The second, the East Rift and the coastal area of the park via the Chain of Craters. This road has a descent of 3,700 feet (1,128 m) over a 20 mile (32 km) journey. It is an inhospitable route without any kind of service on the way.

The other way is to explore the park by walking using various trails, which allow you to explore the park on several days, allowing the visitor to enjoy authentic adventures, and more emotions in each of these routes, the entry fee per person is only $ 5 /week.

Finally, given the unparalleled features and unusual risks that may be attached to this adventure, we will leave you with some of the most important tips suggested by Hawaii volcanoes national park advisors:

“Volcanoes are dynamic and ever-changing natural phenomena. The flow information, distances, and other lava information provided can change at any time.”

“…all who attempt to hike out the lava flows are urged to prepare ahead and bring a 2-4 liters or quarts of water for every person in your party, sun protection, a hat and wear strong hiking boots or shoes. If you hike out later in the day, ensure you have a good flashlight and extra batteries in case you are out after dark…”

“Stay safe, and be very mindful of poor air quality. When plumes of hazardous volcanic gases (sulfur dioxide and hydrochloric acid) are blown along shore, they are a threat to your health…”

“…Be aware that even in the open areas, volcanic gases are likely to be at unhealthy levels. Volcanic gases are a danger to everyone, particularly to people with heart or respiratory problems and infants, young children and pregnant women. Check with rangers at the end of Chain of Craters Road about current conditions before you head out, review the exhibits, and obey all closures and signs…”

“Respect the Hawaiian culture. Do not poke lava with sticks or other items. Do not roast marshmallows or cook foods. To many Hawaiians, molten lava is the kinolau, or body form, of volcano goddess Pele. In addition, it is a federal offense to remove, destroy, alter, deface, dig or disturb anything from its natural state in a national park…”

“Pets, motorized vehicles, unmanned aerial systems (UAS) and overnight camping on the flow field within the park are prohibited.”